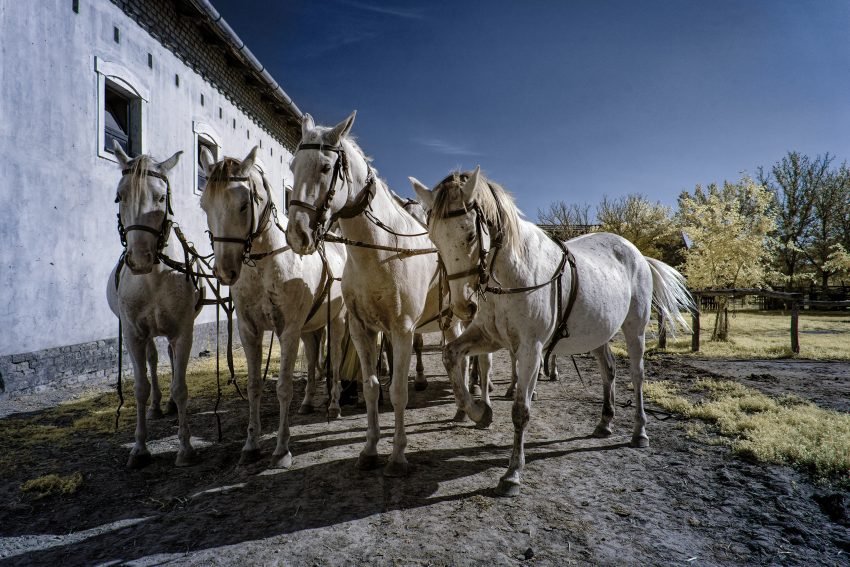 With the invention of photography in the 19th century, photographers opened the spectacle of the natural world to the scientific community and to an awestruck public. After the introduction of faster dry plate emulsions, photography as a tool for research of unseen realities extended scientific knowledge beyond the observable, and photography routinely presented the previously invisible, making commonplace, vision beyond human sight. These powerful glimpses beyond sight proved surprisingly beautiful and captivating. As fascinating as these spectacles were for popular culture, these visions were also profoundly unsettling.

Photography extended scientific observation beyond the limits of sight, but photography’s ability to carry human sight beyond the visible did not suppress the scientific or photographic association with magic and wonder. In fact, with the introduction of x-rays, projected motion studies, infrared photography, and other equally remarkable discoveries, photography, and science would greatly accelerate the connection to magic and wonder, and beauty. Photography and science, through this radical shift in thought, gave proof that there was a great deal more to the universe beyond human sight, and ironically, photography, the medium of sight, played a major role in challenging human vision.

Human vision is limited by the visible light spectrum—approximately 380nm to 780nm. Infrared light is located just beyond the visible light spectrum and may be defined as electromagnetic radiation, approximately 700nm to 1200nm, that is invisible, except in rare experiments,[1] to the human eye. Typical silicone-based digital camera sensors are sensitive to about 1100nm. To match human vision, digital cameras include infrared and ultraviolet-blocking filters. [2] Removal of the blocking filters on a digital camera enables the recording “full spectrum” recording. With the use of lens-attached filters, photographers can selectively record different portions of the spectrum.

Infrared images are widespread in contemporary visual culture, often seen in digital mapping, night vision, and surveillance imagery, and most recently with the stunning infrared images returned from the Hubble deep space telescope. [3] The unique properties of infrared radiation were discovered in 1800 by the astronomer William Herschel, who conducted a series of experiments with light using thermometers and prisms to measure the heat energy of light. The first infrared recording was created in 1910 by Robert Wood who first noted the unique visual effects of intense black skies and vibrant rendering of trees and green grass, later named the “Wood Effect”—produced by the scattering of light in the cell walls of plants. [4]  Beginning with the black and white infrared photographs of Minor White in the 1950s, the infrared photograph was most often seen in landscape photography and especially with the dramatic brightening of foliage. Given the unrealistic rendering of skin tones caused by the Wood Effect, infrared photography is less often seen with street photography.

Street photography in the broadest sense is photography created in public spaces. This ongoing series of photographs continues the long tradition of creating photographs of places, people, and things found in public spaces or on the street. In this series, I experimented with the unique qualities of light created through infrared recording to emphasize the spontaneity, ambiguity, and strangeness of traveling in new places. Using a Lumix SR1 mirrorless digital camera converted to full spectrum recording with used with a 24-105 F/4 Lumix lens outfitted with a 665nm infrared filter. Each photograph was edited first with DxO’s Pure Raw converter, DxO’s Photolab5, Adobe Photoshop, and DxO’s Color Effects plug-in.

[3] Federico Pierotti and Alessandra Ronetti, Beyond Human Vision: Towards an Archaeology of Infrared Images, NECSUS, Spring, 2018.

This site uses Akismet to reduce spam. Learn how your comment data is processed.