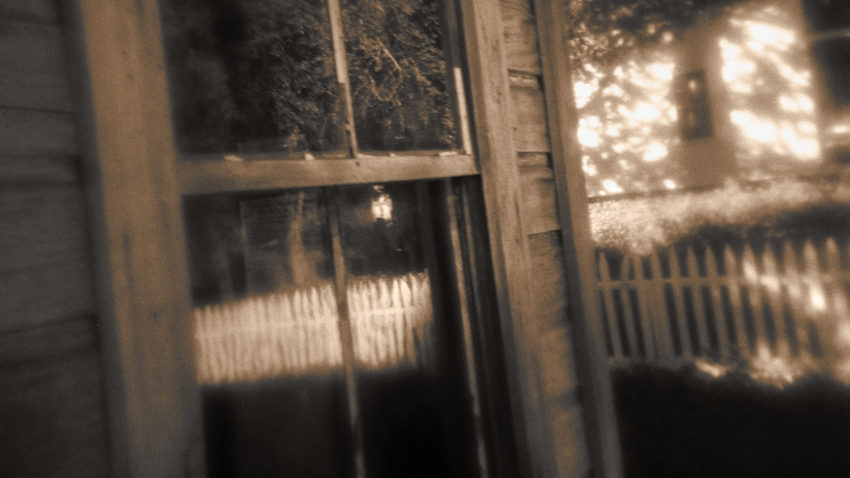 Our imaginations balance our uneasy coexistence with the past. The monuments, the buildings, the highways and public works, the scars carved into the landscape mark the past, and even in those rare places where we sense no change, the lack of change only highlights how different the past was from this present moment. Because the past is so vast, it can never be completely known; the more we seek to know and understand it, the more it is transformed. Yet certain things did happen in a certain way and we do know about them. This certainty mixes with our subjective interpretation and makes the past understandable, and through our imaginations meaning is given to the past.

Beginning somewhere in the late eighteenth century, people began to believe that the past was different from the present, and different still from tomorrow.[3] This general time is also near the invention of photography, and this should not surprise us.[4]

The Beauty of Objects

The concept of beauty has long been associated with the patriarchal domination of intellectual and artistic discourse. In contemporary art, beauty as an artistic theme has been pushed aside by political and cultural revolutions in favor of investigations of gender, culture, nature, and most damaging to beauty, the widespread application of irony within artistic practice. Still, beauty’s attractions are immediate, and even as beauty remains impossible to define.

The concept of beauty resides within the beholder as well as within the object of beauty. Crispin Sartwell tells us in Six Names of Beauty that “We give beauty to objects and they give beauty to us; beauty is something that we make in cooperation with the world.”[5] To my mind, there exists no more compelling discussion of the beauty of objects and the beauty of form, and by extension the beauty of relics of the past than William Carlos Williams’ one-sentence poem, The Red Wheel Barrow.

so much depends
upon

beside the white
chickens

The poem’s success lies in the simplicity and directness of its expression. William’s vision of the beauty of things can be applied to understanding the visual fascinations with relics of the past. Williams connects his fascination with the beauty of things to how the form of the object is rendered by light. Light directs our attention to the shape and form of the object, and this dazzling and simple moment is beautiful. This simple act of acknowledgment opens the viewer into a dazzling moment of beauty.

Beginning with the Greeks, beauty and light and radiance were closely linked and support the notion of beauty as illumination — like Williams’ red wheelbarrow, the beautiful is that which is bathed in light. [6] The object illuminated emits beauty. The object is beautiful for what it gives back to the viewer.[7]

Next to the Civil War, California’s Gold Rush of 1849 was the most important event of 19th century America. Mirroring their appearance in the American Southwest, the Spanish came to California in search of gold. However, gold was not discovered in California until 1842 in Los Angeles, 21 years after the Spanish had transferred sovereignty to the Mexican Government, and six years before Marshall’s discovery at Coloma set in motion the Gold Rush of 1849. Since then, gold has been discovered and mined in every part of the state, in the Mojave Desert, in the Eastern Sierra, and as far north as the Oregon border. San Francisco grew exponentially after the gold strike at Coloma; Sacramento, Stockton, and Marysville, accessed by riverboats, were established in service to the goldfields in the Sierra river canyons, and other towns in the San Francisco Bay Area and the Central Valley developed in service to the growing populations of San Francisco and Sacramento, enlarging in the ensuing decades with the shift to industrialized mining. These facts are taught in history courses and highlighted on field trips to historic parks, yet without the visual evidence of the relics of the past, this information exists as an abstraction.

The majority of the photographs from In A Gold Country were created in towns on or near California’s Highway 49 which begins at the junction of Highway 41 in Oakhurst, California, close the southern gates to Yosemite National Park, and ends at the junction of Highway 89 in the Sierra Valley, Sierra County, near the Nevada border. This mundane beginning and ending belies this road’s importance to California history and especially the foothill region of the Sierra Nevada Range. Highway 49 follows the contours of foothills and was first engineered by gold prospectors. This route remains the main north-south route through what is now called the Gold Country, the major gold-bearing region of California, the site of this country’s first gold rush. Originally servicing the gold mining camps filtering out from the gold discovery site at Sutter’s Mill, (now known as Coloma), built astride Highway 49 at the South Fork of the American River, the original Mother Lode Country, the highway crosses fast-flowing rivers swollen each spring with heavy snowmelt from the Sierra Nevada Range. First the glaciers, then the rivers cut deeply into the granite to expose veins of quartz gold, washing nuggets into gravel bars at the lower elevations. This geological feature and the easy access to the gravel beds is what originally attracted the hordes of miners who staked claims every 50 feet along the rivers and smaller streams, and later would dredge most Sierra rivers. If this unique geography is what spawned the region’s first development, this same difficult geography has preserved the region from the plague of urban sprawl leveling much of the rest of present-day California. Stringing up along Highway 49, the region contains many of the oldest inland settlements in California, and their coexistence with the relics of the past is what gives them their distinctive sense of place, and their soul.

If this region astride Highway 49 takes the name, the Gold Country, it does cheat other areas of their importance as gold producing regions. The gold-bearing regions of the Klamath Mountains of northwestern California are also Gold Country, a region whose development parallels the Sierra Nevada gold rush. The same geographic features, small towns, fast-running streams, and its remoteness from large urban areas have preserved this region and its relics in much the same manner as the Gold Country that hugs Highway 49 through the Sierra Nevada Range.

Driving into each of these gold regions from the flat central valley, sparse rocky oak meadows give way to pine trees, and at higher elevations, dense second and third growth forests cover the deep canyons and slopes. The tall grasses blooming lush and green each spring quickly turn brown in the intense summer heat. The landscapes of these regions give glimpses of the past before the rapid development first spawned by the discovery of gold signaling their unique character.

The shapes nearest shapelessness awe us the most, suggest god.
A.R. Ammons[8]

Eerie, dreamy, haunting, strange, evoking a sense of nostalgia and creating a quality of memory are descriptions of the visual qualities of the Diana and Holga cameras. And others too: evasive, inherently expressive, romantic, a nineteenth-century look. Diana cameras, primitively manufactured in the 1960s and early 1970s in Hong Kong, with plastic body and lens, were sold under various names—Diana, Banner, Debonair. The Holga camera was introduced in 1982 from a factory in Kowloon, Hong Kong, in the same area that the Diana was born, and took the place of the Diana as a low-technology educational tool.

Crispin Sartwell’s discussion of the concept of “wabi-sabi” can be useful in understanding the attraction of the Diana and Holga cameras: “wabi-sabi is the beauty of the withered, weathered, tarnished, scarred, intimate, coarse, earthly, evanescent, tentative, ephemeral. As Leonard Koren says: “the closer things get to non-existence, the more exquisite and evocative they become.” [9] These small cameras present special photographic challenges: a square format, no light metering system, a spring-driven shutter, two crude apertures, a useless focusing knob, and poor-quality light sealing which produces unpredictable light contamination. Even so, these cameras produce distinctive visual qualities and afford a direct approach to photography which is often spoken of as a reaction against the increasingly complex programs and technology of photography. The suggestiveness and sometimes accidental visual effects of plastic lens cameras challenge our traditional expectations for photography, and especially the notion that every photograph needs to be sharp and full of rich and colorful detail to be successful. Running counter to the thrust of photography technology, the Diana and Holga plastic lens mute of image details and shift the viewer’s concentration to the shape and form and to light revealing form. [10]

[2] David Lowenthal, The Past is a Foreign Country, p. 238-239. For a definition of relics of the past, I rely upon David Lowenthal, in his seminal work, The Past Is A Foreign Country. Lowenthal sees relics of the past as the “tangible past,” as the “tangible remains,” as the “things” of the past.16 Because we respond more readily to things than to abstractions, these tangible objects of the past become important links to what has come before. And because these things are less easily read, they are subject to multiple interpretations. Particular relics and artifacts may symbolize the past, yet relics are mute; they require interpretation. Their particular significance depends heavily upon context and the perspective of the observer. The rapid pace of daily life quickens our awareness of the differences between things of the present and things of the past. Ceaselessly effaced, relics are a finite resource growing smaller every day. Relics are unique, singular, inflexible to the passage of time, and as such are more susceptible to the ravages of wind, flood, earthquake, fire, neglect.

[10] All photographs from In A Gold Country began as Ilford HP-5 film negatives which were then scanned with the Nikon Coolscan 9000. Digital files were retouched in Adobe Photoshop to remove dust and scratches and then colorized through a method that builds negative density and contrast by using layer blend modes. After colorization, the shadow areas are selectively desaturated leaving colorization in the highlights and mid-tones.

1 thought on “Relics, In A Gold Country”