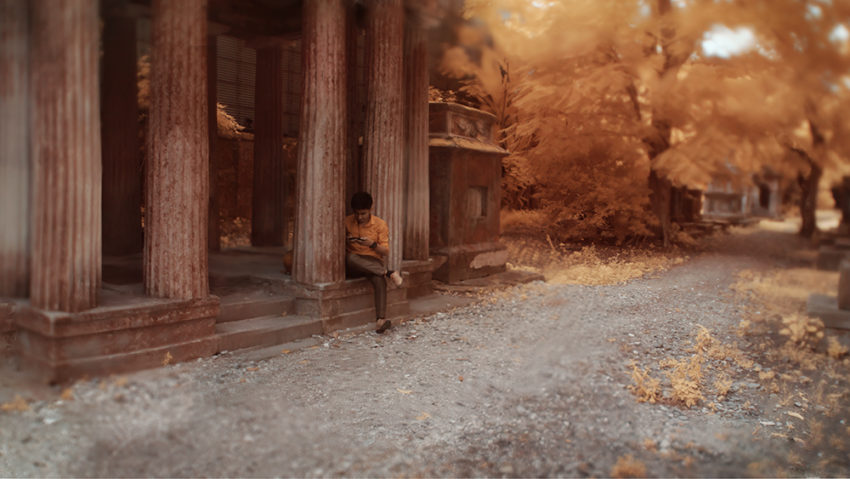 The British East India Company was formed by royal charter in 1600 for the profitable exploitation of trade with India and Asia. Acting as an agent for the British government and through monopolies on the importation of cotton, tea, silk, and other fabrics from India into Britain, the company became a catalyst for British expansion throughout Asia and in turn became one of most powerful corporations in the history of the world.

The British first landed in Surat on the Indian Ocean near present-day Mumbai in 1608 where they established the first East India Company trading station.[1] Working with the cooperation and through the bribery of local rulers and presences a large standing army lead by ambitious officers, the British East India Company slowly consolidated control of all of India. After the Mutiny of 1857, the Raj or the British colonial government through a small group of military and civil servants numbering only about 20,000 British, took full control of the East India Company’s empire.[2]

The first British cemetery in Calcutta, the principal trading center for the East India Company, was established inside of Fort William in present-day Kolkata. The small cemetery quickly became inadequate and a new 8-acre cemetery located on South Park Street was established in 1769 in an area called Mulick Bazaar [3] By 1800, Calcutta was one of the largest and wealthiest cities in Asia and the world and the South Park Street Cemetery, the oldest non-church cemetery in the world,[4] was crowded with massive neoclassical tombs, tall obelisks, columns, urns.

Following the example of the South Park Street Cemetery, hundreds of British cemeteries and monuments followed the British expansion into India. When the British left India 1947, they left behind an estimated 700 to 1,000 cemeteries across the Indian Subcontinent.[5]  These monuments to the dead became “important tools for projecting British power in India.”[6] The British burial practices were markedly different from the Indian Hindu population who do not bury their dead in the ground and “regarded cemeteries as antithetical to their beliefs.” [7]The massive cemetery tombs borrow styles from Europe and from the Mughal rulers and became a projection of wealth and confidence in their rising status, proclaimed their cultural dominance and linked the British with Indian Muslim elites and at the same time sharply separated the British death rituals from dominant Hindu culture.[8]

Many British cemeteries suffer from exposure to flooding, foliage growth and other natural encroachments which is a common problem for cemeteries in India. With the few exceptional cemeteries of historical importance such as the South Park Cemetery in Kolkata and the Tomb of Lord Cornwallis in Ghazipur, British cemeteries are plagued by lack of funds, overgrown vegetation, vandalism, theft of stones, neglect and many have fallen into ruin. [9]

In August 2019, traveling from Kolkata to Varanasi by riverboat, I visited 4 British cemeteries in addition to the Tomb of Lord Cornwallis in the Ganges River Valley. Today, these British cemeteries are meeting places for friends and lovers and are used for grazing goats and cows. And the edge of abandonment and infrequently visited by tourists, each cemetery features great stone slabs, pyramids, mausoleums covered in moss and foliage, and have largely fallen into disrepair. The cemeteries upriver are smaller than the South Park Street Cemetery, still, they present the same Enlightenment styles and motifs, the pyramids, obelisks, and even pagodas but in a less grandiose manner.

The series of photographs presented here were created with the Lumix GX-9 mirrorless camera converted to record infrared light. Two lenses were used for this series of photographs: a Nikon 20mm wide angle lense mounted with a Lensbaby Tilt Transformer adapter for focus experiments seen in the South Park Street examples as well as a Lumix 12-60mm zoom lens.

The choice to create photographs using unseen infrared light as opposed to visible light within this series speaks to the evocative and abandoned atmosphere of the British cemeteries in India. Like the past, infrared light is invisible to human sight.

Infrared light extends from the red edge of the visible light spectrum. The colors assigned to infrared recordings are referred to as false color images, meaning the colors do not conform to a natural color rendition of the subjects and are derived from a grayscale mapping of the intensity of the infrared radiation present in the scene. Inspired by the early 18th century landscape paintings of India, each photograph is a composite of at least three overlapped exposures that were was colorized using Abobe Photoshop.

[4] Peter Travers, “Death and the Nabob: Imperialism and Commemoration in Eighteenth-Century India, Past and Present, p. 88, August 2007.

[7] Peter Travers, “Death and the Nabob: Imperialism and Commemoration in Eighteenth-Century India, Past and Present, p. 86, August 2007.

[8] Peter Travers, “Death and the Nabob: Imperialism and Commemoration in Eighteenth-Century India, Past and Present, p. 86, August 2007.