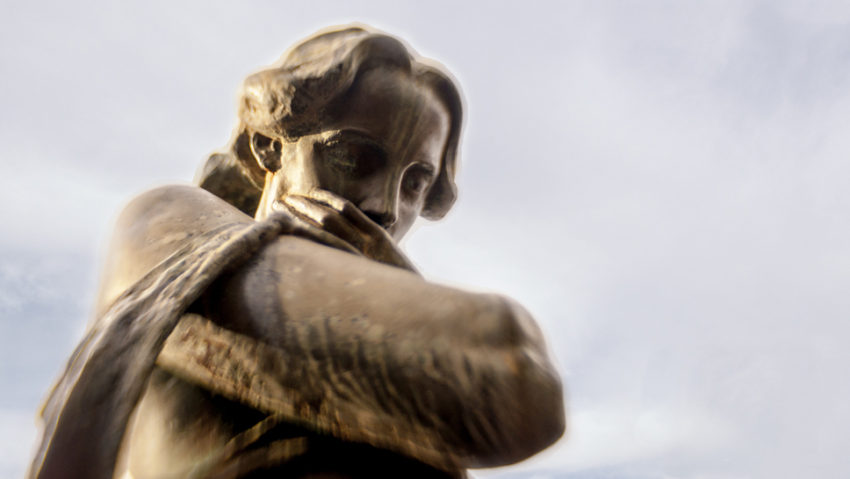 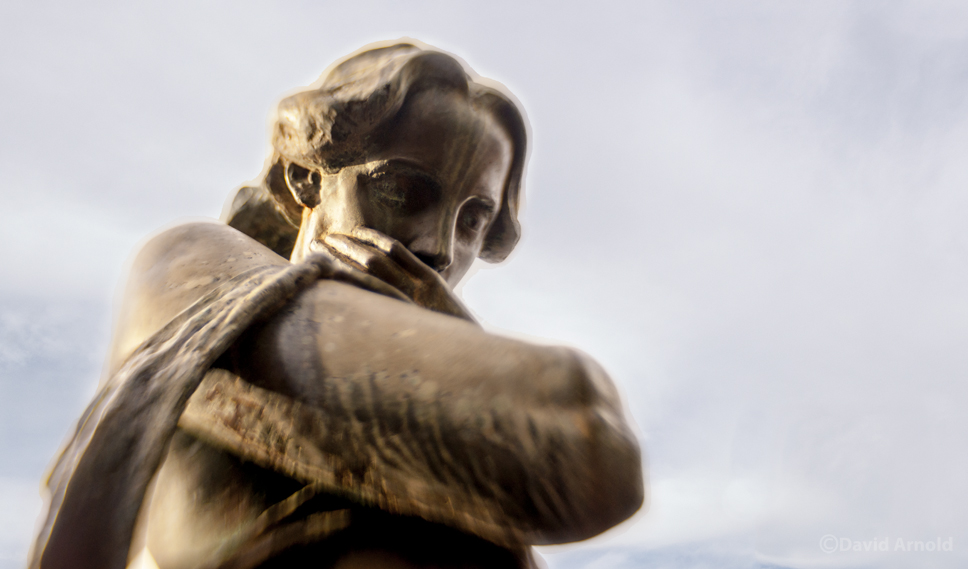 Photographs possess the remarkable ability to close distances of time and space and bring forward the person, place, or thing which stood before the lens. Referred to as “photography’s transparency,” this quality remains photography’s most distinctive feature.[1] In 1843, shortly after the appearance of the first photographs, Victorian poet Elizabeth Barrett Browning upon seeing early daguerreotype portraits expressed a longing to possesses

“…a memorial of every being dear to me in the world. It is not merely the likeness, which is precious in such cases – but the association and the sense of nearness involved in the thing…”[2] [3]

“The photographic image is the object itself, the object freed from the conditions of time and space that govern it. No matter how fuzzy, distorted, or discolored, no matter how lacking, in documentary value the image may be, it shares, by virtue of the very process of its becoming, the being of the model of which it is the reproduction; it is the model.” Bazin found photography’s capacity to capture “the model” charmingly present in family albums, those “grey or sepia shadows, phantomlike and almost undecipherable” photographs which “embalms time.”[4]

the “photograph is literally an emanation of the referent. From the real body, proceed radiations which ultimately touch me…I am delighted (or depressed) to know that the thing of the past, by its immediate radiations (its luminances), has really touched the surface which in its turn my gaze will touch…[In this way] the photographed body touches me with its own rays.” [5]

Certainly, a photograph is not as Bazin states “the object itself,” yet, we feel a unique closeness to the subjects of a photograph and even subjects who are strangers separated by cultures and long distances of time and space. 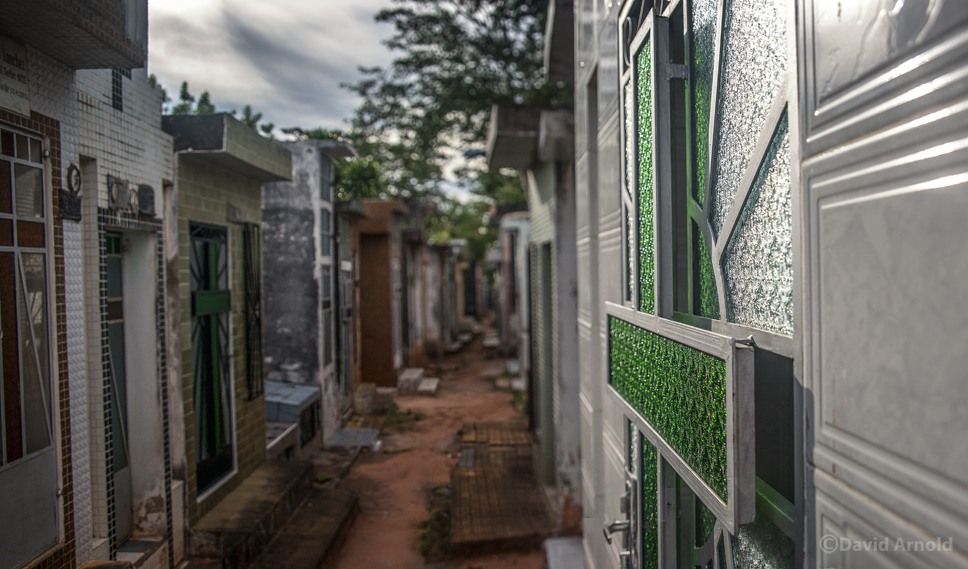 While walking through the sprawling Recoleta Cemetery in Paraguay’s capital city of Asunción, I felt a strong affinity to photography’s distinctive phenomenology—this notion that photographs possess a trace of the subject and these traces or “luminances” which touch the surfaces of those photographed in turn touch us. The Recoleta Cemetery resembles a small city with mausoleums and tombs built in various sizes and architectural styles. With burial records dating back to 1842, the cemetery entombs much of Paraguay’s history. As the final resting place for former presidents, military officers, writers, musicians, and leading businessmen, the cemetery mirrors the chaotic development of the city at large, and contains luxurious mausoleums next to neglected and plundered graves.

In the Recoleta, the tombs of the deceased are aligned along narrow walkways and are identified by family name. Many tombs prominently display bronze plaques to identify the deceased and still more are adorned with bronze plaques embedded with ceramic images of the deceased reproduced from family albums. The practice of firing photographs on enamel and glazed surfaces first appeared in the 1850s. The highly durable and permanent process lent itself to the expanding industry of gravestone design.[6] [7] Firing photographs onto ceramic surfaces is an experimental process that creates an exceptionally luminous image with depth and clarity, effectively transferring “luminances” through time and space. Echoing Browning, Bazin, and Barthes, the small photographs on the tombs of the Recoleta Cemetery brings the deceased powerfully forward into the present moment and touching those who wander the narrow pathways of the Recoleta Cemetery.

[2] Elizabeth Barrett Browning, from a letter written in 1843, quoted in Patrick Mayard, The Engine of Visualization: Thinking Through Photography, p. 232.

[3] Novelist and critic Susan Sontag quotes the Browning passage her seminal On Photography. Sontag makes the distinction between photographic and painted depictions. She refers to painting as an interpretation of the real and a photograph as a trace of the real. She claims that a barely legible photograph of Shakespeare would be more precious than a Holbein drawing of him. Susan Sontag, On Photography, p.183.