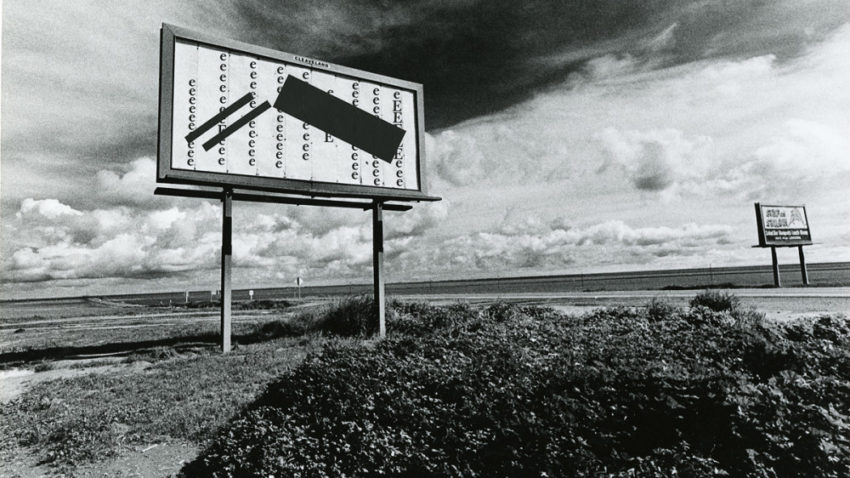 In the late 1970s, I sought ways to merge my fascinations with visual poetry and my growing interest in photography. Billboard advertising dominates the experience of driving, and in my frequent travels, I became intrigued with blank billboards. With their previous advertising tenant scraped away or whited-out, these huge panels called out to their next advertising customer and to me. After seeing miles of advertising clutter, these blank billboards provided tremendous visual relief. Shortly after beginning to photograph these bland billboards, I began to see these spaces as frameworks for visual poems. As joyful responses to the visual clutter of the highway, Proposals were created with the hope that someday my visual poems might be displayed on massive billboards.

Starting first as a silver gelatin print, the blank spaces of the Proposals prints were treated with dry transfer lettering to create the final image. Selections from Proposals first appeared in Kaldron, A Journal of Visual Poetry and Language, Number 12, 1980. Selections from Proposals will appear in Renegade, A Collection of International Visual Poetry & Language Arts, ed. Andrew Topel, San Diego University Press, forthcoming 2015.

Visual Poetry in the Avant Writing Collection, edited with an introduction by John M. Bennett.

The Sackner Archive of Visual and Concrete Poetry.