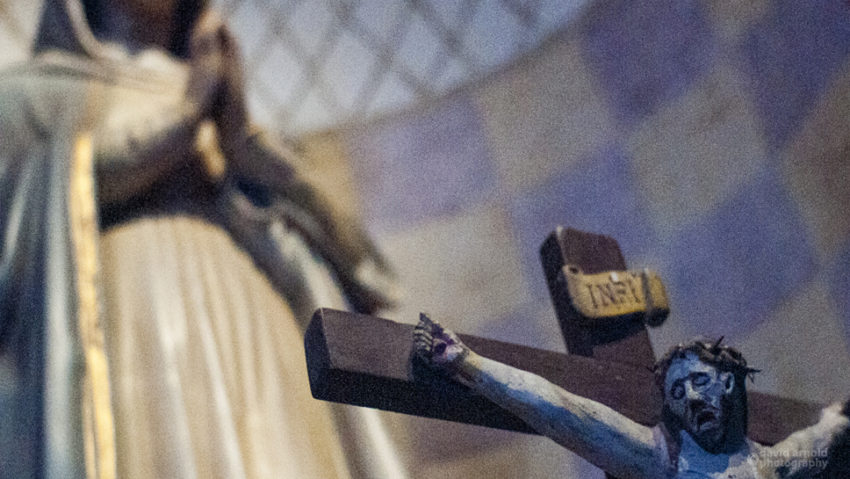 Photographing scenes where the light is very low can produce digital noise levels that can result in pixels which include more noise data than real photo light data. In digital photographs, these pixels usually appear as random dots, speckles or stains. In addition, the image quality may be compromised by the resulting image artifacts, loss of sharpness, or color degradation. We refer to these random dots, white speckles, visible streaks, color stains, and degradations as digital noise.

From a technical point of view, digital noise is the visual manifestation of a lower signal-to-noise ratio. Similar in appearance to film grain, digital noise can result in visible artifacts in an image and is comparable to the background hiss experienced in audio systems. [1] Noise increases with higher ISO setting in the camera, with the length of the exposure, the color temperature, and different camera sensors and lenses. [2] At increased ISO settings, the sensor becomes more sensitive not only to the light levels but to random signals from other sources. [3] Digital noise is less pronounced in the brighter areas of an image as the signal is stronger in these areas of the image. Long exposures can accentuate unwanted noise as well as shooting in heavy shadow and low light conditions. The sensor size and the pixel density greatly influence the noise levels of an image. In some situations, you will find that it is impossible to completely prevent digital noise.

Digital noise has two elements:  chrominance and luminance. Chrominance or color noise appears as splotches of random green, magenta, and blue dots whereas luminance noise is colorless and references the variations of lightness in an image. Similar to film grain, luminance noise may add textural details to an image. [4] Although digital noise often detracts from the aesthetics of a photograph, acceptable and unacceptable levels of noise is a subjective decision. In some cases, digital noise may be considered a desirable effect, and in those cases, digital noise may contribute positively to the overall aesthetics of an image.

Recently when photographing in the low light of the chapel at Mission La Purísima Concepción near Lompoc, California, I noticed the pleasing effects of digital noise produced at high ISO settings while using an Asahi Takumar F/3.5-55mm lens originally manufactured for the Pentax 6×7 medium format film camera. Intrigued by my initial results, I continued to experiment with the Asahi Takumar F/3.5-55mm lens in photographs of mission statuary at Mission San Miguel Arcángel in San Miquel, California. With each example, the Asahi Takumar F/3.5-55mm lens was attached to a Sony A-900 DSLR using a lens adapter. In the available subdued light of the missions interiors, the lens was opened to the largest aperture of F/3.5 with an ISO setting of 6400, a combination of exposure factors that appeared to minimize the less pleasing chromatic noise and accentuate the luminance noise. The photographs created with the massive lens produced exceptionally smooth gradations in the bokeh or the out of focus areas of the photograph.  In these examples, I approached digital noise as an opportunity for experimentation and used digital noise in a counter-intuitive manner to purposefully integrate digital noise into the aesthetics of the images. By testing the limits of our digital tools, experiments with digital noise challenges “the illusion of control” and  suggest that our “digital tools to be only as perfect, precise, and efficient as the humans who build them.” [6]

With each photograph of mission statuary, the lenses, high ISO setting, sensor, and subdued lighting produced an aesthetic which I felt appropriate to the objects. Beauty is a concept of perception, [7] and the accentuated patterns and textural detail in the digital noise present in my photographs references the dusty, unknowable presences of the haunting and beautiful 17th-century statuary. These experiments with digital noise point to the limits of photographic representation and acknowledges as well, the limits of our ability to know the past shared by the objects of worship placed before my lens. Beauty is often associated with light and radiance and supports the notion of beauty as illumination.[8] Within the imperfect recording of illumination resides the aesthetic strength of digital noise, and is the source of its beauty.

[5] The Asahi Takumar F/3.5-55mm Lens was manufactured in the 1960s as a wide-angle lens for Ashai Pentax 6X7 medium format camera. The lens is highly regarded for its sharpness and is unique for its massive size. The lens has a filter size of 100mm. Used on the Pentax 6×7, the lens is the equivalent to a 28mm lens on a 35mm camera, and when used with an adapter for a full-frame DSLR, the lens is a 55mm lens.