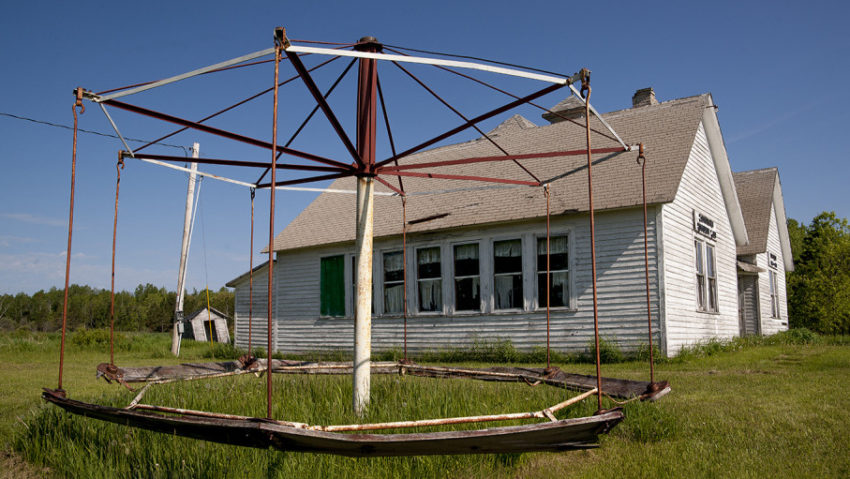 We know about the past through history, memory, and relics; each of these daily refreshes our knowledge of the past. Relics are both of the past and present, and this signals their unique position. As remnants of the tangible past, relics exist as natural and physical features. In written and visual forms, history is the stored record of the past. Memory is personal and nearly always private and crucial to our identity.[1]

As seminal institutions in our communities, schools occupy a special place within the ways that we know the past. Many of our first and foremost memories begin in schools, and even in the presence of schools in which we never attended as students, memories of our experiences in classrooms and the schoolyards flood our thoughts. History exists in the records of attendance and course taken, and in the annual yearbooks and photographs of friends and classrooms. Preserved or decommissioned, school buildings exist as the tangible past in our communities. As the most permanent connection to the past, relics provide physical evidence of the past, the colors of the chalkboard, the shape of the desks, the view out windows onto now empty playgrounds. The physical remains of schools exist within communities as points of continuity and through visual comparisons, these relics provide evidence of how different the past was from the present moment and point us into the future.

Memory and history derive meaning from physical remains, from the relics of the past. The ongoing series of photographs from Old School presents the physical remains of largely rural decommissioned school buildings. Currently, the series features school buildings located in the states of California, Nevada, Wisconsin, and Baja California Sur, Mexico. Some are preserved as community icons, while others fall further into ruin. Preserved or left to fall into ruin, the remains of schools are bridges between the past and the present moment; they are metaphors for the profound changes underway within the key institutions of our communities. Like each component of the past, relics require interpretation. Old School offers a limited visual interpretation, capturing the uncertainties of their existence within the changing landscape of the present moment.

Forest City, California is located in Sierra County at the elevation of 4500 feet of the Sierra Nevada Range. Established in 1852 after gold was discovered on the north folk Oregon Creek, the town expanded to a peak population of over a thousand permanent inhabitants by the 1860s. A deep rock gold mine was established on nearby Bald Mountain in the 1870s. At its peak, the town supported 32 businesses including two churches, multiple saloons and hotels, a brewery, a dance hall, a dairy, a jail, two cemeteries, a firehouse, and a swimming pool. Today, only a few structures are occupied and primarily as summer homes. All properties in Forest City are owned by the U. S. Forest Service and maintained as a historic district. The old school building and the dance hall, which serves as the town’s museum, are owned and operated by the Forest City Historical Association, a non-profit corporation.[2]

The Old School series was photographed using Sony’s A900 full-frame DSLR. As shown in the example above, to capture the unique features of the buildings and playgrounds for the Old School series, with many examples, segments of the whole scene were captured and then merged together using Adobe Photoshop‘s “photomerge” action. In the Front Windows and Door example, two individual photographs were taken in overlapped segments with the Sony A900 to create the final image. Similar to viewing the original scene, the panoramic format encourages the viewer to scan details of the photograph.