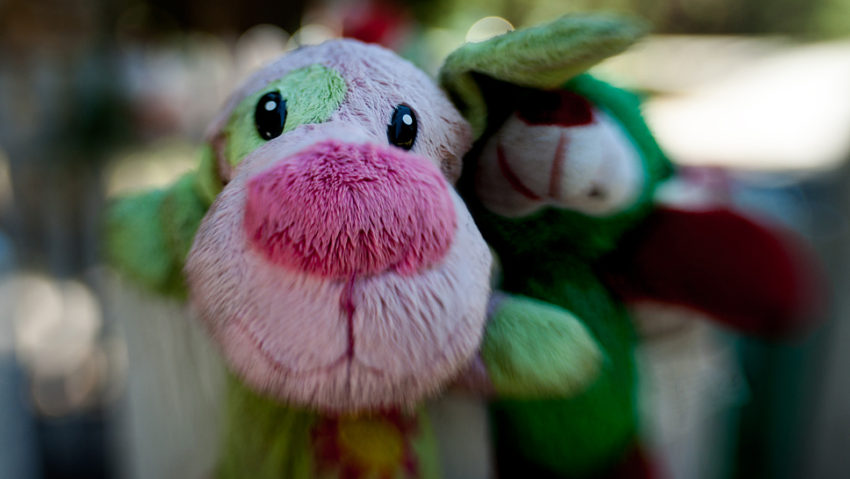 About 7 miles east of Nevada City, California, and just off Highway 20 is a Point of Historical Interest, the burial site of Julius Albert Apperson, a two-year-old boy who died on May 6, 1858. In 1971, the Native Sons of the Golden West erected a monument at the site for “A pioneer who crossed the Plains to California who died and was buried here.” The Native Sons monument implies that Julius Apperson was an emigrant who died making the difficult crossing of the Sierra Nevada Range, and dedicated the monument to perpetuate “the memory of all Lone Graves throughout the State of California.”[1]

Julius Apperson was a native son of California who was born in 1856 in nearby Nevada City. Milton M. Apperson, Julius’s father was a tanner and built a home in the heavily wooded area near the gravesite. The Apperson home, named White Cloud,[2] at the 3500 feet elevation on the western slope of the Sierra Nevada Range, was near the Old Overland Emigrant Trail, one of the many variants of the California Trail, which followed the Truckee River to Donner Lake and then over Donner Pass. The original trail followed the Washington Ridge above the South Yuba River canyon and carried emigrants into Nevada City, Sacramento, and the California goldfields.[3] 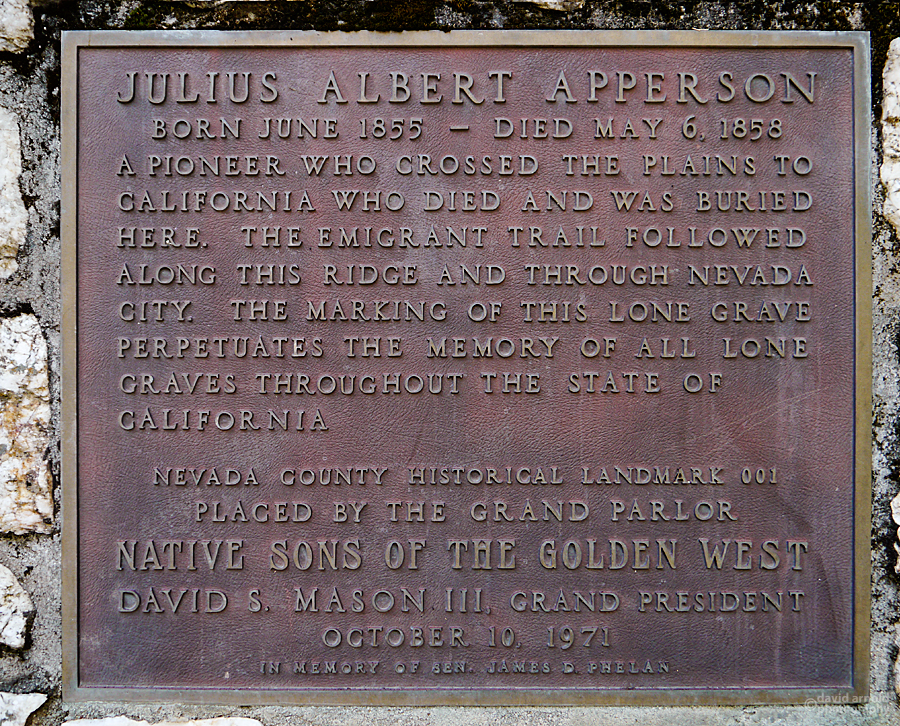 Milton Apperson was an emigrant from Kentucky and settled in the area in 1851 or 1852. He had recently completed construction of a new family home and he instructed his children to burn wood shavings in the yard. Julius Apperson, the youngest of four children, died on May 6, 1858, after being severely burned when he caught his pant leg in the fire while playing with his brothers and sisters. The boy died a month after the accident and was buried at the edge of family property. [4]  Shortly after the boy died, the Appersons family left the area, leaving the boy’s grave unmarked, except for two cedar seedlings. Volunteers took an interest in the Apperson grave, and in 1863 constructed a fence around the gravesite and placed a marker. [5]  The fence has been rebuilt several times, and a permanent gravestone replaced the wood marker inside of the grave enclosure in 1948. In 1957, the fence was rebuilt again and painted white a small granite headstone was placed inside the grave enclosure.[6] 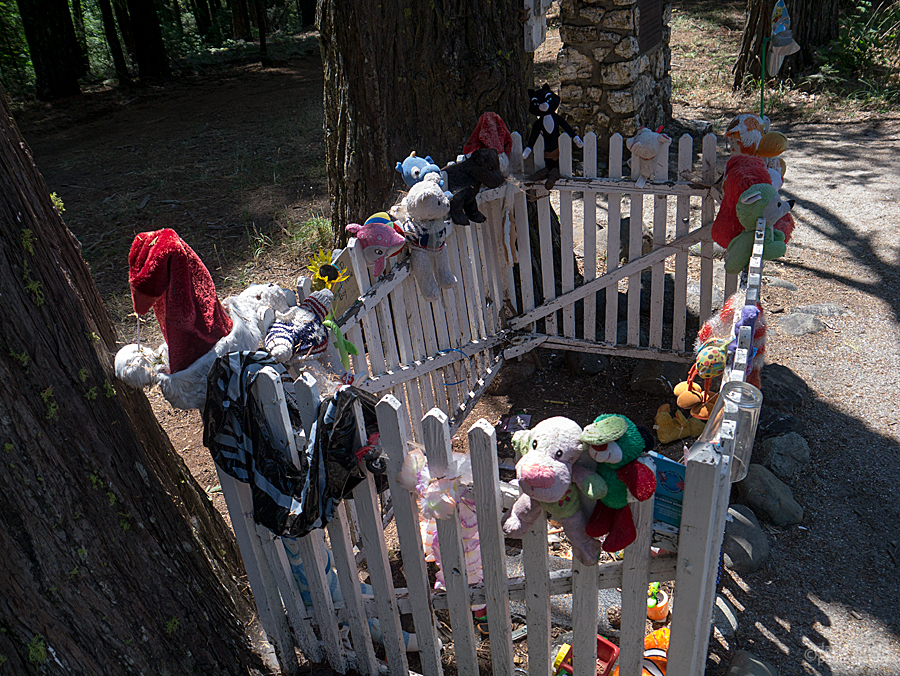 Just after passing the historic marker, a one-lane turnout provides motorists easy access at the Lone Grave. Two white wood plaques attached to the two cedars frame the gravesite, and about 10 feet away stands the Native Sons of the Golden West Monument.  River rocks outline the bottom of the white fence and trail off at the cedars. The blue lettering on one plaque has completely disappeared and on the second plague reads “In Memory of Julius Albert Apperson, Died on May 6, 1858, Age 2 Years, 2 Mo. And 25 Days.” Passersby leave a changing array of grave offerings at the Lone Grave: stuffed bears and dogs and cats are stuffed between the white lathes of the picket fence. Winnie the Pooh pinwheels and Santa Claus hats festoon the posts of the grave enclosure. Bright Mardi Gras beaded necklaces, fake daisies, fake flower leis, and crib toys dangle from the picket slats. Plastic 4×4 jeeps, fingerboard skateboards, children’s books, plastic horses, hot wheels, rubber ducks, toy sheriff badges, golf balls, crayons, notepads, original children’s drawings, and stuffed babies and fish litter the ground. One day the grave enclosure will be littered with grave offerings and at the next passing, grave tenders will have removed all of the grave offerings. 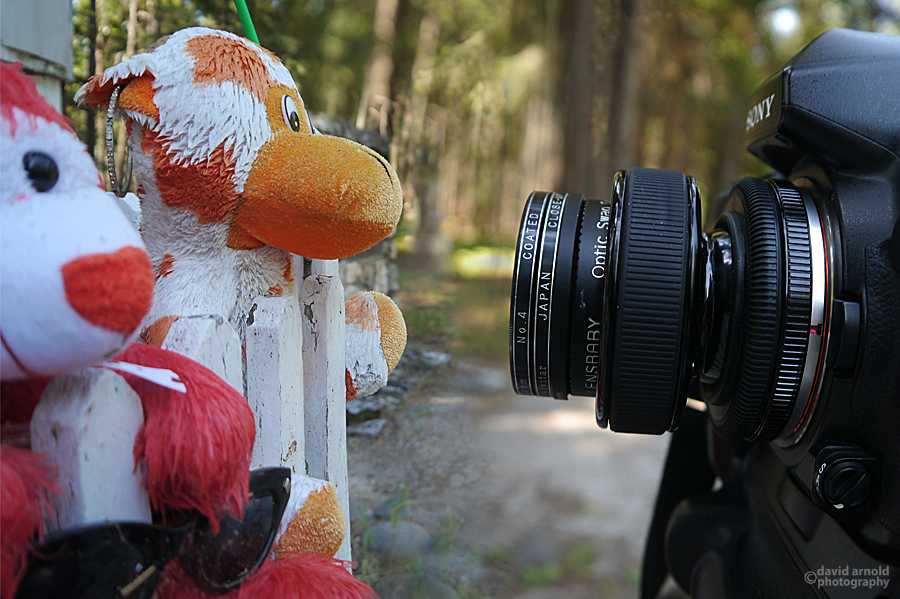 Toy Portrait Set-up with Close Up Filters: The Lensbaby Composer Pro outfitted with the Sweet 35mm Lens Optic and attached to a Sony 900A full-frame camera body. The Sweet 35mm is equipped with a 12 blade manually operated F.2.5—22 aperture. Selective focus is achieved by rotating the swivel ball and manually focusing on the lens. Above, a close-up filter is attached to the LensBaby lens to permit close focusing.  The tilt-shift control is especially helpful with close-focusing and macro photography.

At the 3500 feet elevation of the Sierra Nevada Range, the offerings suffer wet and snowy winters and hot summers, and the bright colors on the stuffed animals fade, and cobwebs stick to the pinwheels and sunglasses secured to the fence. For many years, I watching the changing display of grave offerings at the Lone Grave, and began to document the toys left at the Lone Grave. Given the thick forest surroundings the gravesite, the picket fence enclosure is usually in heavy shade, although areas of intense sunlight penetrate the canopy of pine and cedar branches to highlight individual grave offerings. The focus of the project has become the stuffed toys crammed into the slats of the white picket fence enclosure as guardians to Julius’s grave. Fully exposed to the weather, the expressions of stuffed captures best the changing light and color and speaks to uncertainties of existence as a two-year-old in the Pioneer West and as guardians of a roadside gravesite. 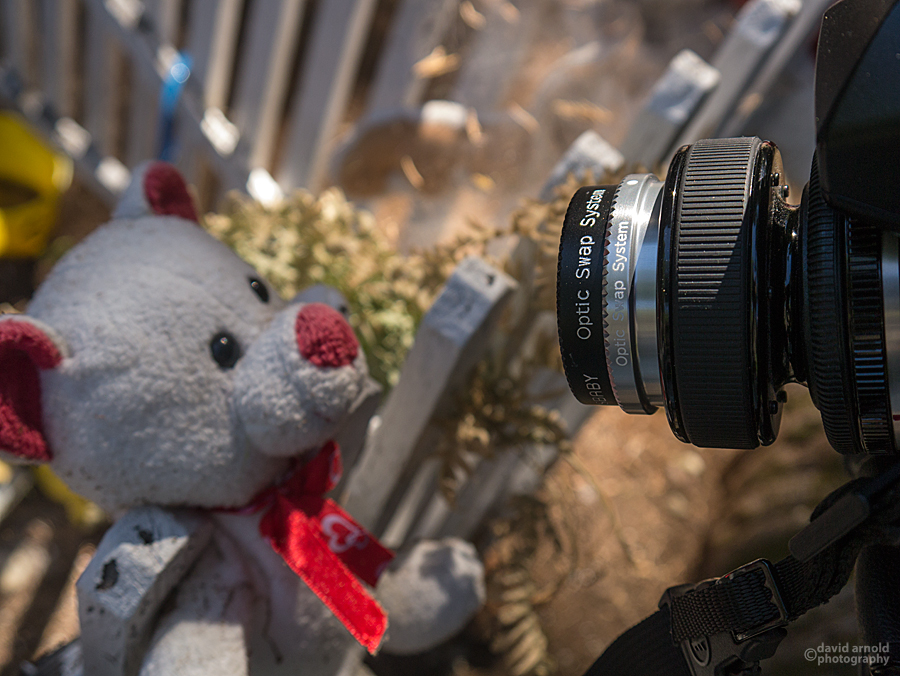 With the exception of establishing shots to provide a context for the toy portraits, I’ve chosen to photograph the Lone Grave offerings using a LensBaby Composer Pro Lens with a Sweet Optic 35mm attached to a Sony 900A full-frame camera body. The Composer Pro is a tilt-shift lens, which permits the movement of the point of focus. Employing large apertures with the toy portraits, I’m also using close-up lens attachments from Plus 1 to Plus 4 magnifications, and with a few examples,  the LensBaby Macro Converter attachment. My lens choice serves to separate each stuffed toy, which lines the grave enclosure. The Lensbaby Sweet Optic 35  renders each stuffed toy into a soft glow, and the close-up lens brings the toys forward within the composition. The soft-focus suggests how a child might hold toys in their hands and close to their face. The soft-focus also honors the sentiments and personal histories of the individuals who have left offerings at the Lone Grave and the volunteers who continue to tend the Lone Grave.

[2] A nearby National Forest Campground continues the White Cloud name.